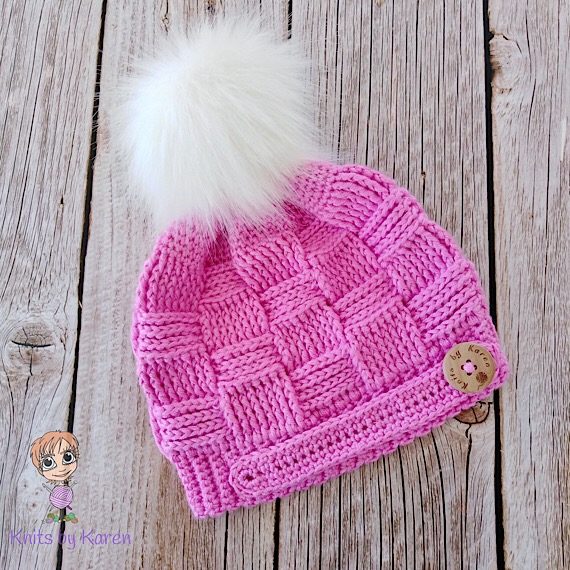 Hand crocheted beanie with a detachable faux fur pom pom.  If you would like an alternative colour of pom pom please ‘Contact Craftie’ stating the colour you would like and if I have it available I can let you see what it looks like on the hat

This beanie makes the perfect accessory for your baby

Made with super soft bamboo cashmere  wool in pink

For best results, I recommend removing the pom pom and hand washing and laying flat to dry. Please do not iron

Free p&p within the U.K.